Titusville has had many celebrities in its time. Edwin Drake struck oil here in 1859, John Heisman started figuring out the game of football on Titusville soil, and Ida Tarbell cut her teeth here in journalism. But the fame did not end in the nineteenth century. Two Titusville men went on to marry and have daughters that have names most everyone will recognize: Priscilla Presley and Sally Field.

Priscilla Ann Wagner was born May 24, 1945 in New York, the daughter of James Frederick Wagner and Anna Iversen. James Wagner grew up in Titusville, the son of Harold and Kathryn Wagner. He graduated from Colestock High School in 1940.

After moving to Titusville with his family from Carnegie, Pennsylvania when he was a boy, James became involved in Titusville town life. He played varsity volleyball, was in choir, played intramural sports, and often appeared in the Titusville Herald for his work as the president of the Sportsman Club. He also worked as a theater usher in one of the theaters in town.

On December 19, 1940, James joined the U.S. Navy. Unbeknownst to him, his service would soon include overseas duty. On December 7, 1941, in the hours immediately after Pearl Harbor, James was sent overseas and served there until May 8, 1942. He continued his service and was deployed again from May 25, 1942 to March 27, 1943. After coming home, he met Anna Iversen in Florida and the couple was married on August 10, 1944. James was deployed overseas one last time from June 10, 1945 to October 21, 1945. After surviving so much war, tragedy struck stateside.

Toward the later part of his service, James was required to learn to fly by the U.S. Navy. On November 3, 1945, he and another pilot were flying from Chincoteague, Virginia to Groton, Connecticut to visit his wife and five-month-old daughter. Just as they were approaching the New York/Connecticut line, the pilots were disoriented by thick fog and the plane crashed, killing both men. Soon after, Wagner was buried in Woodlawn Cemetery in Titusville.

Unfortunately, Priscilla never got to know her dad or her Titusville roots. In 1948, her mother was remarried to Air Force officer Paul Beaulieu and he was the only father she ever knew. In her autobiography, Priscilla explained that she did not even know about her biological father’s existence until she uncovered a box of family keepsakes years later. Her mother encouraged her to keep the secret so as not to alienate her half siblings. 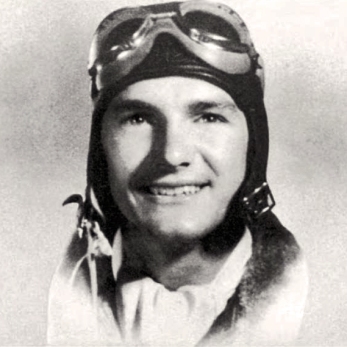 Eventually, due to the family moving many times for the Air Force, the Beaulieus ended up in Germany where Priscilla first met Elvis Presley when she was fourteen years old. The two had a tumultuous relationship that produced a daughter, Lisa Marie Presley, in 1968 before their divorce in 1973.

James Frederick Wagner never got to know the woman his daughter would become, but another celebrity’s father was afforded that chance.

Richard Dryden Field was born in Titusville on December 26, 1914 to Jane Fox and Fleet Folsom Field. His father was a superintendent at Prudential Insurance Company and he was the third born of four children. He was delivered by Dr. Barr, one of Titusville’s most prominent and trusted doctors.

When Richard was still a child, the Field family moved a few miles up the road to Warren. They lived there for years and Richard Field attended Warren High School. He was the class president, participated in sports, and was named the most popular boy in his senior year. After high school, he joined the U.S. Army and served in World War II. He was deployed overseas from December 24, 1943 until November 14, 1945.

His time in the service took him to California where he met Margaret Joy Morlan. The two were married and had a daughter, Sally Margaret Field, in 1946. His parents moved from Warren to California to be with their son’s new family. Unfortunately, the couple divorced and Sally was mostly raised by her mother and her mother’s new husband. Richard Field married a few more times and eventually worked as a pharmacist in California. Richard Dryden Field died on April 30, 1993 in Pasadena, California. 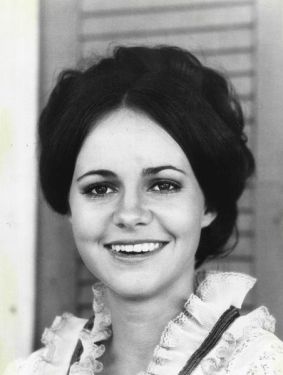 Titusville has always been an interesting place full of even more interesting people. Who’s to say who the next celebrity will be that can trace their roots to oil country. Maybe it’s you, reader. If so, remember us when you make it and stop by for a visit!