“Yesterday morning the usual quiet of our city was disturbed and our community painfully startled by a rumor that a man named John Hickey, living on South Perry street, had murdered his wife.” Thus read the third page headline of the Titusville Morning Herald five days before Christmas 1866.

Anna Hickey, twenty-five years old and with three children, the youngest three months old, was beaten to death by her husband on December 19, 1866. She immigrated to the United States from County Kings, Ireland at the age of ten. It was said that Anna was drunk that night, and even a habitual drunkard, but she never had a chance to defend herself against such accusations before her life was taken.

Her husband came home smelling of liquor after imbibing for many hours. He stated that “I use to whip her pretty often but thought  kindness would fetch her around, but it did not seem to have any effect; so I took to beating her some when she got drunk.” John’s drunken rage was likely nothing new for young Anna.

A Herald reporter went to the scene of the crime and reported what he saw: “a woman, apparently twenty-five years of age, lying dead on a filthy bed in the house of a Mrs. McNevin [they were tenants], on Perry street, one door south of the millrace. The front part of her head was much bruised and her hands lacerated from the effects of a severe struggle. There was a stick of stovewood, weighing about four pounds, lying on the floor, with several clots of blood on it, and it was evident from the marks on the woman’s head that this stick was the instrument with which she was slain.”

The next day, John Hickey was sent to the jail in Meadville. He stated that his only intention was to give his wife a black eye, not to kill her. He complained that Anna was ruining the family because she was not cooking meals on time, failed to clean the house, and did not adequately dress their children.

He also wrote a letter to the Herald after he was sentenced to seven years in prison saying that the sentence was too harsh and he deserved to be acquitted. He blamed his lawyers for not arguing hard enough for his release. In the May 10, 1867 edition of the newspaper, even the reporter lamented the man’s punishment and wrote that one must have a hard heart not to pity him. My heart must be stone, then, because my pity-meter is at exactly zero. I pity Anna: the woman whose name was dragged through the mud after she was viciously beaten and murdered by her drunken husband. Never once did he take responsibility or apologize for the horrendous murder he committed by taking the life of his wife and robbing his young children of their mother.

The three children were all given away to different families or orphanages.

Anna Hickey was not the first or last victim of domestic violence in this country, state, or town. The same headline could shock the front page of any paper still today. Domestic abuse and spousal murder is still a huge issue 150 years later.

The United Nations states that “It is estimated that of all women who were the victims of homicide globally in 2012, almost half were killed by intimate partners or family members, compared to less than six percent of men killed in the same year.” HALF. That numbers over 200,000 women in one calendar year.

Violence against women is a perennial problem the world over. Furthermore, if you think that modern Titusville has a lot of problems, feel free to read the old papers. Men, women, and children, immigrants and native born, blue collar and white collar workers were being maimed, robbed, attacked, and/or murdered almost every day in our little boomtown. In general, things have gotten a lot better – a lot safer. But we still need to be conscious of the problems that continue to exist.

Domestic abuse is real, for both men and women. Help each other out. Listen. Learn.

Do it for Anna. 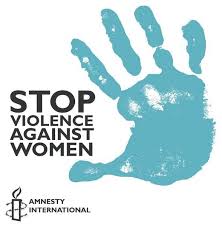